When you hear the earnings calls of big companies these days  , all they talk about is ,on Shoring , Re-shoring , near Shoring and fourth one is Friend shoring. Massive supply chains are moving away from China.

Just look at the picture at the right , it shows the restructuring of the supply chains for manufacturing of iPhones. The production in the US has considerably increased  , which  means that the cost of production has increased too significantly.  If a company like apple can’t manage their costs , how do we expect that others to manage theirs. If apple can’t make it cheaper , then nobody can make it cheaper. These are the best guys in Supply Chain Management.

On the average the costs of the iPhone manufacturing is now up 20%  all thanks to these supply chains restructuring .

So , just imagine if the apple is suffering what might be happening in other companies, This is one of the biggest headwinds companies are facing across the world . We had similar issues in the early 2000s when the manufacturing shifted from Japan and US to the Chinese Facilities. Now they want out of China. As per Survey done of 2000 CFOs  done in North America , 80% want to move out of China and their top 3 destinations are Vietnams ,Mexico and India  We Indians are feeling proud that marque brand like apple is manufacturing in India, but all this also means that cost will be high , all this supply chain movements is inflationary in nature. On -Shoring , Re- Shoring and Friend shoring all is inflationary , inflation is baked in the metaphorical muffin of supply chain

We keep on reading that CEO of company has 300 times compensation than average workers, the Genie Coefficient .  Some people say that it’s over, Labour has mostly lost all their bargaining power in the last  30-40 years across the world . The shareholders and corporate profitability has risen on the expense of labour.

In 2022 ,Joe Biden paid compensation to striking rail workers , this was shock to the people as never has it happened that US government budged in front of striking workers ( Remember Richard Nixon ) . A complete 40 year change is happening in the world of labour, wages are rising across the world, this will happen in India too , but since the size is huge it will take time . Inflation is again in this trend.

The era of unionization is coming back , at least in the US. Look at the below figure.

The Starbucks has had sudden surge in the cumulative filings of unions in the US , in Starbucks either the CEO or Shareholders ruled, now this is changing . This will lead to change CEO taking less compensation home at the expense of shareholders returns at the expense of corporate profitability . Recently , After the pressure from Shareholders , Apple CEO took pay cut of nearly 40% , similar trends will happen in the India and other parts of the world.

Right now, the layoffs are on in the start-up and the Tech Sector, the CEOs are making all the money and shareholders and the Private Equity firms are not after the necks of the CEOs , because laying off the workers is a low hanging fruit. However , there are cases like Amazon , BYJUs being asked to by the department of labour to avoid laying off the workers .So, if these  cases keeps on happening , the CXOs will have to take the brunt, the Shareholders to take the brunt .

So, it means the wages inflation is here to stay , We are already witnessing hyper wage growth in the tech sector, in the past couple of years, and this  trend will continue. The workers in the area of technology , Finance , Retail are  going to benefit massively going forward.

We have been lucky as humans that for past 100 years or so ,we have been able to find cheap source of energy to drive global economy, In the 60-70s we saw the oil extraction in the middle east ( Saudi Arabia )  which drove global economy , then China took over with its coal base power plants and drove economy. The industries in the First world could close down because the Chinese factories were running . After that in 2010s the US started producing Shale gas and that calmed the energy prices . Cheap energy has been dumped in the world economy every now and then , and it kept the world moving .

Going forward if we don’t find the cheap sources  of energy , we might a serious issue . That’s why every politician is talking about green energy all over the world,. If in the 2010 US shale revolution hadn’t happened , then the inflation scenarios I am talking about would be a history lesson rather than talk of the future. Inflation would have turned in to hyperinflation by now.

We  all are here because of cheap energy . If  you look back , the economic miracle that China was , it was basically as coal miracle only .

In the era of shell production in the US , the cost of energy as percentage of GDP was 7% , it had benefits for the rest of world , now we see it almost 13-15% of GDP and we have started seeing people defaulting on their credit .

Because  of this scarcity of cheap energy availability  in the different countries like Bangladesh and other emerging countries , the supply chains will move to developed ones which can afford cheap energy , but will have high labour costs . But since the energy is imperative for manufacturing , the companies will be willing to increase their expenses.

And who , will bear the brunt of it , CXOs, and share holders .

So, the Question arises how  as a shareholder and equity investor should you invest in the capital markets , Do we move to fixed instruments or passive equity investing or just into commodities like gold going forward ? 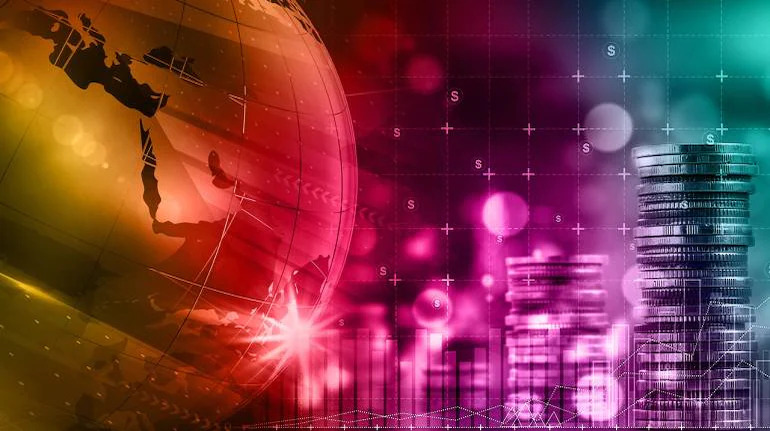